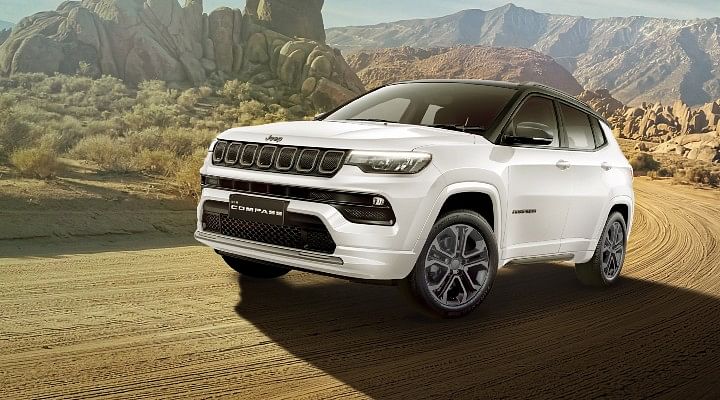 Jeep India has launched a new special 5th-anniversary edition of the Compass SUV. The Jeep Compass has got a lot of favourable feedback since its?2017 launch, and the?special edition has been introduced to commemorate the Compass's success in India. The new special edition gets new and exclusive features that make the special-edition variant even more distinctive. The special 5th anniversary edition is priced at Rs 24.44 lakh (ex-showroom).

On the occassion of the launch of new edition, Nipun J. Mahajan, Head of Jeep Brand India said, "The Jeep Compass is an iconic SUV that has and continues to encourage adventure and off-roading in the hearts of many?Indians. This is evidenced by the many distinctive awards and honours the Jeep Compass has bagged for its design, efficiency,?capability and reliability since its debut here in 2017. The Jeep Compass has firmly established itself as the leading premium compact SUVs in the country and an aspiration for all SUV buyers. The anniversary edition is our celebratory offering that combines the capable Jeep Compass in a unique appearance, with loads of safety and technology features at a great value."