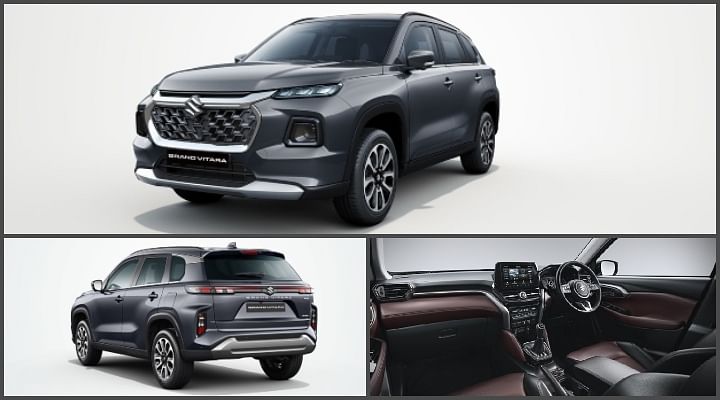 Maruti Grand Vitara is a popular product even before its launch. The upcoming SUV has received over 45,000 bookings, and the numbers are only increasing. We expect that Maruti will launch the 2022 Grand Vitara around the end of September and the bookings for the same are open from just Rs 11,000.

Mechanically, Grand Vitara will be powered by two engine options - 1.5L mild hybrid and 1.5L strong hybrid. The latter is the most popular because of the fuel economy of 27.97 kmpl. This motor generates a peak power and torque of 114 bhp and 144 Nm, respectively. This same motor will be seen in the Toyota Urban Cruiser Hyryder as well.

The other 1.5L motor is the mild-hybrid unit. This is the same as seen in the Brezza, XL6 and Ertiga as well. It pumps out 102 bhp of power with a peak torque of 136.8 Nm. Unlike the strong hybrid motor that only gets mated to an e-CVT gearbox, this mild hybrid motor gets 5-speed manual transmission as standard. It also gets a six-speed torque converter automatic as an option.

This upcoming SUV is rich in features too. It gets panoramic sunroof, LED headlights, LED daytime running lights, LED taillights, machine-cut alloy wheels, power folding mirrors with turn indicators and more on the outside. On the inside, it gets 9.0-inch touchscreen infotainemnt system, panoramic sunroof, Apple CarPlay and Android Auto, cruise control, steering mounted audio controls and more.

As far as the prices are concerned then we expect the Grand Vitara to be priced from Rs 9.50 lakh to Rs 16.50 lakh, ex-showroom, Delhi. Will you pick this SUV over its rivals like VW Taigun, Skoda Kushaq, Hyundai Creta, MG Astor and Kia Seltos? Do let us know your thoughts by joining our 91Wheels Telegram group.