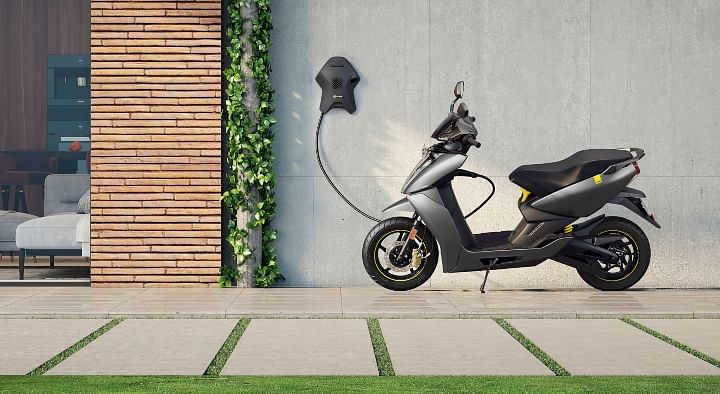 In 2020, Bengaluru-based EV maker Ather Energy unveiled their top-of-the-line 450X electric scooter. Due to its futuristic style, the electric two-wheeler has gained a lot of admiration. As other top competitors update their lineups, Ather likewise intends to introduce the facelift of its 450X scooter in 2022.

Ather currently sells the 450X with a 2.9kWh battery that has a 116 km range on a single charge. Now, Ather Energy is planning to add a 3.66 kWh lithium-ion battery with a 74 Ah capacity in the 450X facelift. An ARAI document submitted by Ather Energy that was recently leaked and revealed the details online. As per reports, the company has obtained ARAI certification before starting production of the new scooter. According to the document, there will be two settings, or possibly two models, for the scooter.

A larger battery, increased range, and five riding modes?Warp, Sport, Ride, Smart Eco, and Eco mode?are included in the first setting or the new variant. A smaller battery and four riding modes will be available in the second setting or version.

The upcoming variant's 3.66 kWh battery also supports Warp charging, and it has a peak range of up to 146 km. The new Warp charging will shorten the charging time. At the moment, charging the scooter to 80% takes about 3.5 to 4 hours. Additionally, the electric scooter's size will change. The dimensions of the Ather 450X will grow in height by 11 mm, wheelbase by 9 mm, and overall length by 25 mm.

When it comes to features, the Ather 450X's current edition includes a 4.2-inch touchscreen display, Bluetooth connectivity, LED illumination, and 4G connectivity, among other things. A new add-on feature that is optional has recently been added to the Ather 450X. A tyre pressure monitoring system is now an option for the well-known Ather 450X e-scooter. You can get a TPMS system installed in your Ather450X by paying Rs 5,000.