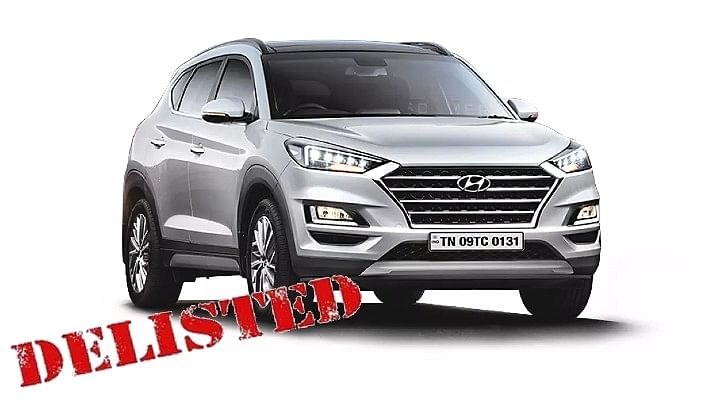 The forthcoming Hyundai Tucson will have a completely new front fascia and LED headlights. The parametric jewel-shaped grille, which is wonderfully merged with the LED daytime running lights, adds to the vehicle's premium appearance. For a sportier look, the front and rear bumpers will be modified, and faux skid plates will be added.

The SUV's side profile will include numerous sharp lines and creases throughout the body, as well as massive dual-tone alloy wheels that perfectly complement the squared-off wheel arches. If we talk about the interior, the  2022 Tucson will include a completely redesigned dashboard with soft-touch materials. A panoramic sunroof, improved BlueLink technology with more connected car technology, a digital instrument cluster, ambient lighting, and other features will be included. ADAS and other safety technologies will be included in the top-of-the-line model (Advanced Driver Assistance System).

Also Read: Hyundai Grand i10 Nios Gets A New Corporate Edition, Rs 90,000 Costlier Than The Base Trim

Hyundai India has not revealed the new Tucson's engine details. However, we anticipate that the existing 2.0-litre petrol and 2.0-litre diesel engines will be retained. Both motors are expected to be paired to automatic transmissions, with the top-spec models getting all-wheel drive.

When it launches, the Hyundai Tucson is expected to be priced between Rs 23 to Rs 25 lakh (ex-showroom), putting it up against the Jeep Compass, Citroen C5 Aircross, and other premium mid-size SUVs.