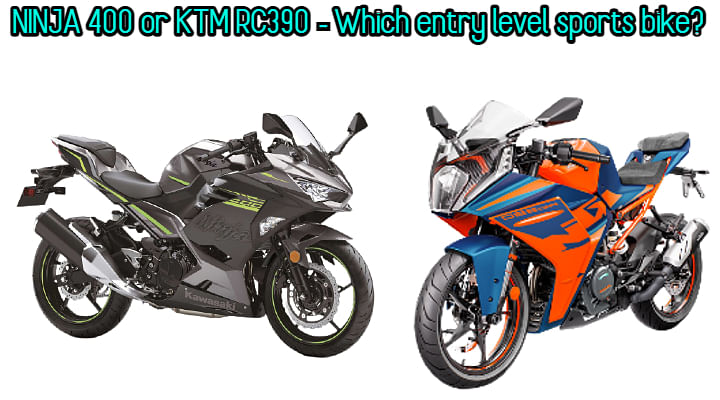 With the return of the BS6 compliant Ninja 400 having occurred recently. Here is a comparison of the Ninja 400 vs the KTM RC390 to help you decide and pick the right 400cc entry-level faired sports bike

Both the bikes are very similar in terms of power and torque figures, however, it's the RC390 that makes power and torque at a lower rpm compared to the Ninja which gives it better tractability. Although it is important to note that the presence of an extra cylinder in the Ninja will mean better refinement.

The Ninja 400 will appeal to those who want a bike that's unique yet easy to manage along with the refinement of the twin-cylinder engine whereas the RC 390 will be the pick for most of the buyers due to its value for money quotient along with the peace of mind of that the Bajaj-KTM network provides in terms of after-sales.

This was our comparison of the Ninja 400 vs the KTM RC390. Let us know which of the two bikes will be your pick in the comments below.