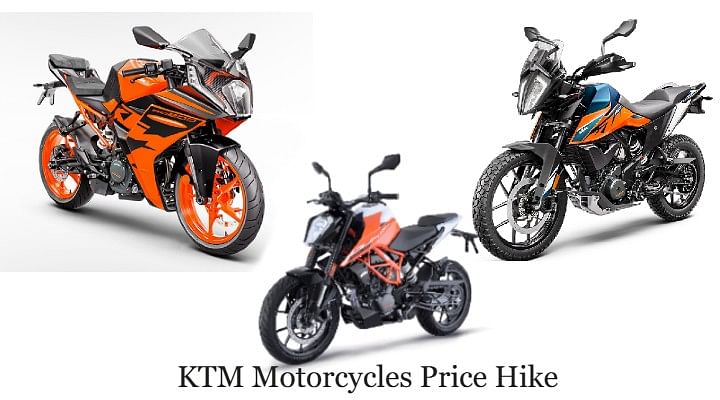 The 390 ADV has recently received an update that features two new riding modes, new colours, and new wheels. The KTM 390 Adventure is physically and visually linked with the Dakar-winning KTM Factory Rally bikes.

KTM's RC series prices have been raised by Rs 4,928 for the RC 125 and Rs 4,544 for the RC 200. Both models have just undergone a generation upgrade and are now priced at Rs 1.87 lakh and Rs 2.13 lakh, respectively. This is the first significant price increase for both models since their introduction.

The latest edition of KTM's mid-weight sports bike is about to be released in India. The new sports motorcycle is designed to resemble its predecessors. The front end is identical to the KTM RC 200, which was just released. The original model's twin-pod projector headlights have been replaced with a single pod LED headlight arrangement. The headlights are similar to those on the KTM Adventure 390 motorcycle. Before the formal unveiling, the RC 390 was also revealed on its website, but it was quickly pulled down.