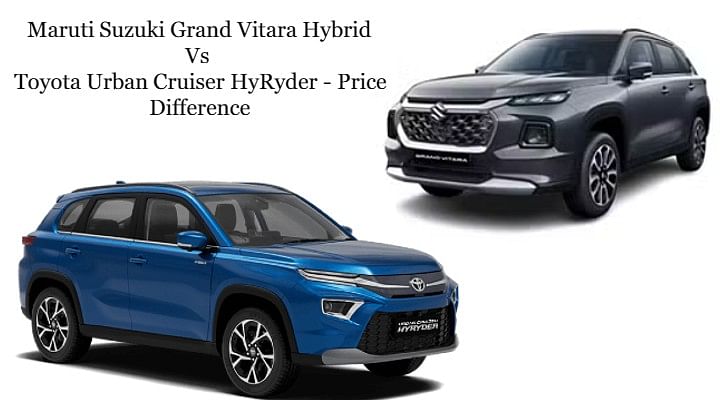 Three different hybrid powertrain models, the S, G, and V, are available from Toyota. Maruti Suzuki, on the other hand, offers a strong hybrid engine in two variations, the Zeta Plus and Alpha Plus. With a starting price of Rs. 15.11 lakh (ex-showroom), the Toyota HyRyder's hybrid powertrain is more reasonably priced. The G & V model, which is comparable to Maruti's Zeta Plus and Alpha Plus, is Rs 50,000 less expensive than the Grand Vitara.

Also Read: MG Hector and Hector Plus Prices Hiked - Have A Look At Current Prices

The cost of the Toyota smart-hybrid engines has not yet been disclosed, although it is anticipated that it would be slightly higher than that of the Maruti Grand Vitara. Maruti Suzuki is including a Pristine accessories pack and an introductory special extended warranty of 5 years/1 lakh kilometres in the cost of the Grand Vitara hybrid variants. On the other hand, the Toyota Urban Cruiser HyRyder comes with a 3-year/1-lakh-km standard warranty.