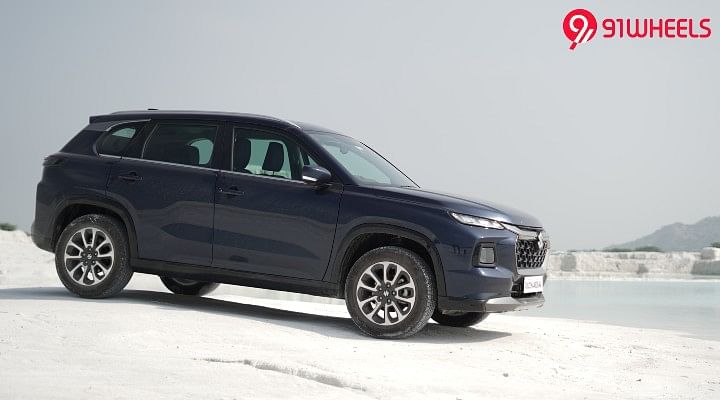 First SUV in the Segment with All-Wheel Drive

The Grand Vitara is the first SUV in the C-segment with an all-wheel drive system. The Suzuki AllGrip AWD system is offered in a single variant which comes with a mild hybrid engine and manual transmission. The Grand Vitara also has 4-wheel-drive lock mode, as well as snow and sport drive modes. The AWD is also offered in the Toyota Urban Cruiser Hyryder which is built on the same platform as the Grand Vitara and share same specifications.

A wide range of features have been incorporated into the Grand Vitara by Maruti, including a 360-degree camera, 9-inch touchscreen infotainment system, wireless Apple CarPlay and Android Auto, ventilated front seats, wireless charging, panoramic sunroof, LED projector headlamp, LED DRLs with integrated turn signals, and other features. Even the entry-level model has plenty of features.

Being the biggest automaker in India, Maruti Suzuki has a sizable sales and service network all over the nation. There will undoubtedly be better coverage for Grand Vitara owners and potential customers' cars.

Some Features Limited to Hybrid Trims Only

Without a doubt, Maruti packed the Grand Vitara full of amenities, but the way those features were distributed throughout the variants could have been better. Zeta Plus and Alpha Plus models are the only ones that provide features like ventilated seats, a complete LCD instrument cluster, wireless charging, TPMS, and puddle lamps.

No Turbo or Diesel Engine Available

The performance component of the Grand Vitara's engines is sacrificed to offer good fuel efficiency. The absence of turbocharged petrol and a diesel engine from the manufacturer has an adverse influence on enthusiasts' interest in the car.

AWD is Limited to a Single Trim & Transmission

At present the AllGrip AWD configuration is only available in a single Alpha AWD variant and that too with a manual transmission only. The Grand Vitara will be able to attract more customers if the AWD could have been offered in other trims as well.

The Grand Vitara is the ideal SUV for people looking for a vehicle with high-end features and better fuel economy. Maruti Suzuki has included a respectable amount of features in every variant. Additionally, customers who desire a clean fuel choice but are hesitant to buy EVs will be drawn to the hybrid powertrain.