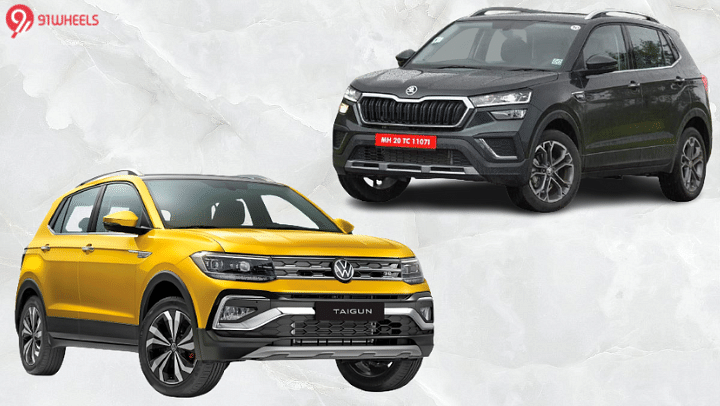 Skoda and VW recently announced that Kushaq and Taigun will now not feature auto-foldable ORVMs in any of the variants. The automotive industry in India has been facing an issue of shortage of semiconductor chips for a very long time now due to which the company had to take this decision to ensure timely delivery of cars.

To avail such features, the car manufacturers need to install more such semiconductors whereas with the ongoing shortage it was getting difficult for the company to manage regular production. Skoda and Volkswagen have deleted auto-foldable ORVMs feature across all the models and the same has been updated on the website as well.?

This issue was spotted on Twitter where a user directly questioned Zac Hollis, Director of Skoda India about this issue. In response to the tweet, Zac Holis responded that due to the shortage of semiconductors in the industry the company had to take this step.

This issue of shortage of the chips is not just faced in the Indian market but is also creating a lot of trouble in the international markets as well. If this feature was not deleted then the company might start facing issues in delivering the SUVs on time.

The 2022 Skoda and VW Kushaq and Taigun will now offer manually foldable ORVMs. There is one clarity that the company still needs to give is on the electric adjustments of the ORVMs. There is a possibility that with deletion of auto-foldable ORVMs the electric adjustments might also be removed. Over the past few months, the SUVs since its launch have already received a hike in prices and this step also reflects a move towards cost-cutting.

Volkswagen Taigun sets itself apart from Kushaq by its all-digital cockpit that is not there in Kushaq. Otherwise, the SUVs also share safety features with each other such as ABS with EBD, Six Airbags, Multi-Collision braking, Roll-Over protection, ESC, Hill Hold Assist, Disc Brake wiping, and Tyre Pressure Monitoring System.

Skoda and Volkswagen SUVs are available with a six-speed manual gearbox as standard whereas the 1.0-litre gets an optional torque converter transmission and the 1.5-litre offers a seven-speed DSG gearbox as an option.

Join our 91Wheels Telegram and 91Wheels WhatsApp group to know more about vehicles, conduct discussions on your favorite ride and much more! Also, you can subscribe to our YouTube channel for video content on the latest from the world of cars and motorcycles. Also, connect with us on Facebook, Instagram, and Twitter for more about vehicles!