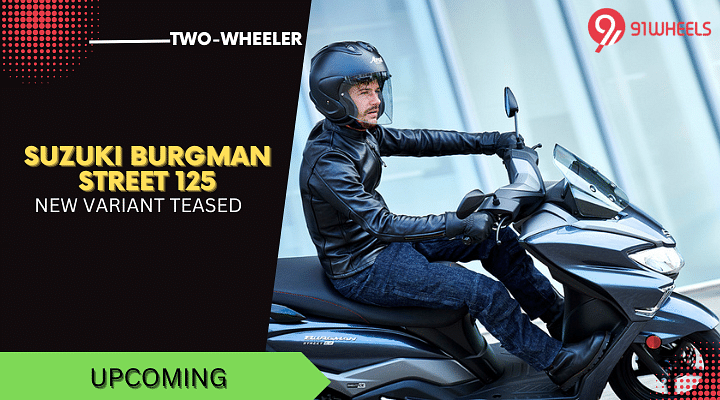 The scooter will get new alloy wheels, which are believed to be 12-inchers rather than the 10-inch tyres that are offered on the present version, according to a recent teaser. This will be the new variant's biggest change going forward.

To make the scooter more fuel-efficient, the forthcoming variant will gain a new idle start-stop system and a silent starter called Suzuki Easy Start System. The digital instrument cluster with Suzuki Ride Connect connectivity will be among the additional features. When you turn the throttle to continue riding, the EASS's idling stop function and the Silent Starter System combine to start the engine silently. As though it had been operating the entire time, the engine starts up smoothly, giving riders a more refined riding experience than on any other Suzuki scooter.

The scooter will be able to display call and SMS alerts, turn-by-turn directions, and other connectivity functions thanks to the Ride Connect feature. The Indian spec variation of the Burgman Street 125EX is anticipated to contain the same 2A USB port as the international model.

The scooter will continue to be powered by a 124cc engine with 8.5 bhp of power and 10 Nm of maximum torque. The scooter has an electric self star and kick start mechanism and CVT transmission.

Verdict: Suzuki Burgman Street 125 now ranges in price from Rs 89,900 to Rs 93,300. (ex-showroom). It is anticipated that the pricing of the next Burgman Street 125EX edition will be more than that of the present generation. The company has not yet said when the new scooter would go on sale.